A play in one act


(Scene - the pod dorm, cell doors visible in background, metal tables and a stair to the mezzanine. Around one table five people sit on stools and plastic chairs. ‘Dogs Playing Poker’ without the ambience. There are DnD books and papers as well as dice on the table. The pod television flickers off to one side.)


Eeyore - Gentle players, ready well your swords. If you remember, goblins had advanced.        Your party sees them in the gloaming dark.

Popeye - I think we should surprise them. (rolls dice)

T - Mind your steel; it clinks more loudly than your joints.

Popeye -You are quite the wit. I'd trust your judgement far as I could spit.

Will - Where should I sit? My character; he would not hide.

Jim- As with me. I cry out to the skies, "Quaver fiends, and taste the mercy of my steel."

Eeyore - So be it. You alert them to attack. (rolls dice) The goblins draw their bows.

Eeyore - Your dagger’s true. The first draw strikes a chord;

the goblin's shriek as jarring as a snapping sword.


Popeye - They know we're here; we have no choices left. I cast my magic missile in the black. (rolls dice/Popeye checks his charts)

Will - Is it night time? I thought t’was afternoon.

Eeyore -Your missile flounders, sunken as your schemes.

Popeye - At least I know the sorry soul to blame.

Eeyore – (to T) And what of you; the goblins level points, their arrows ready to cut off your aspirations.

T- (rolls) I raise my shield, and shelter in the rocks.

Will- Doughty, are we? I raise my sword and charge. (rolls)

Eeyore- Their arrows fire, (roll) one misses. All the rest

laid the foundation of their shelters in your breast.

Jim – (finishes computation) I finished off my enemy.

Pray tell, how many more inhabit this fell dell?


Eeyore - Six that you can con.

Popeye - I call an eldritch flame into bright being (shakes dice in hand), and hurl (rolls) it well into the goblin midst.

Eeyore – (checks die and chart) The blast consumes, you smell the char of flesh. But mark, these wounds were not of mortal kind. They turn to you.

T- I rush into the fray, protecting the old man. (rolls) My mace arcs down to crush a goblin skull.

T-What? But surely you're remiss. (leans over to check DM’s chart)

Eeyore - They're quicker than you think.

Eeyore- You're dying, not yet dead. You have to stay.

Will- (plops down) Fiddlesticks. My hopes plumb lower than this plot.

Eeyore - Not yet, I fear their arrows lead a happy hunt, and find their quarry in the wizard’s breast. (rolls & checks charts)

Popeye - I raise my shield of force. No simple arrow can defeat it.

Eeyore - Sadly, these are well enchanted.

Jim - I see my friends fall one by one, and flee into the night.

Eeyore - They are enchanted, and they pierce your shield. Their quarry is your wizard’s beating heart.

Popeye - I will not take your damage, harken well. (to Jim) And you, guzzling snipe, how flee you now? Abandon us, abandon me? Know well with what abandon I will strike you in my time. Know that there will be no mercy when you fall.

Will - Are we still talking about the game?

T- Patience, all. We have not lost. I think we can still salvage this farrago.

Eeyore - The wizard falls, an arrow in his heart.

Eeyore – (stands) I made not these rules; roll all your dice.

Popeye - I told you I was no stand in for farce.

Popeye - Fuck that. (to Eeyore) You want to take this to the cell? (E raises hands & backs away)

Will - My morning could have not been better spent. I'm truly glad I stayed awake for this.

T - Let us go on. There is no need for thumb biting.

Popeye - No need? His face is need enough. (to Eeyore) Behold that goblin's vicious smirk. (to T) If only I could borrow your man's mace.

Jim - It's not his foible if you cannot play this well.

Popeye - Play well? You broke our scheme, you gutter snake. If my plans plummet, it is only you that pull them down.

Jim - I played within my character, no more.

Popeye -Your character? A moron and a fool. You played him very well.

Jim - I care not what you say.

T- Let's not conflict, we all came here to play.

Will- Actually, I think that I have done. I thank you all, but take my leave of this.

(Will stands, bows, and begins collecting his things.)

Popeye – (to Jim) Speak to me again, I'll write your writ. I'll prove you're nothing but a haughty shit.

Jim - Better shit than what stinks of you, old coot.

(Popeye lunges over the table and Jim falls out of his chair to avoid him.)

Eeyore - Not here, not here! You'll ruin all my maps!


END SCENE- but to be repeated until release 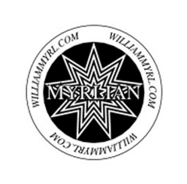